Sign in or Join to use this module.
Repetition Training - More Heart Sounds 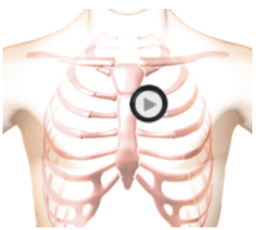 The patient's position should be supine.

Notice an enlarged left atrium and left ventricle and turbulent blood flow from the aorta to the pulmonary artery through the patent ductus in this cardiac animation.